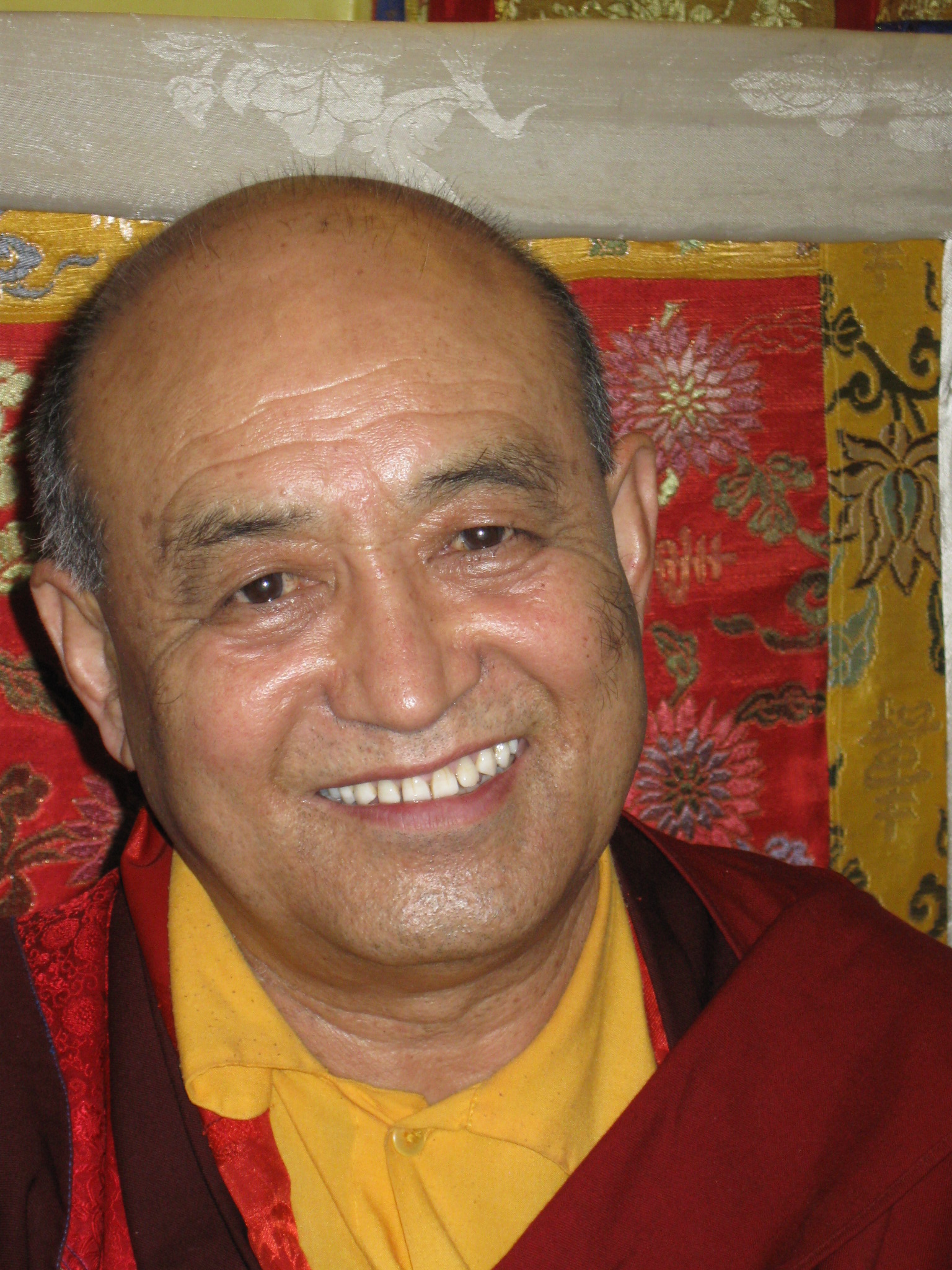 Lama Sönam Jorphel was born in 1939 in Ladakh west of the Monastery of Lama Yuru. As early as 5 years old, he began to recite the first sutras. When he was eight years old, he went to the Monastery of Lama Yuru, where he received the red robe. In 1954 he went on a pilgrimage to the Buddhist holy places in India and travelled via Sikkim into Tibet. In Drikung Thil Monastery he learnt the important, traditional arts of the Drikung-Kagyüpa, like the making of tormas, the creating of sand mandalas, the playing of ritual instruments etc. He also received extensive teachings (tri), empowerments (wang) and the complete oral transmission (wang) of all the words of the Buddha.

After the chinese occupation of Tibet in 1959, Sönam Jorphel returned to Ladakh, to continue his education in Lama Yuru. He received all the special transmissions of the Drikung-Kagyü-Lineage from Ven. Khyunga Rinpoche and completed his Three-Year-Retreat in 1977. After the death of Ven. Khyunga Rinpoche he was in charge of the Meditation Centre in Lama Yuru as Drubpon Rinpoche.

In 1983, Sönam Jorphel Rinpoche came to Europe for the first time, to look after the Centres which had been established here. During his stay in Germany he gave teachings on Sutra and Tantra. He gave individual teachings to remove wrong mental concepts and gave refuge in order to open the way to liberation. To ripen the mind stream of his students, he gave numerous empowerments. At the core of his teachings is the profound Fivefold-Path of Mahamudra, which contains the essence of Sutra and Tantra and the secret practices of Mantrayana.

Sönam Jorphel Rinpoche has student throughout the whole world. He instructs yogis and monks in Ladakh, India and Nepal and leads a monastery in Kathmandu where monks and nuns of all ages are taught and practice intensively. Since two years, he leads the Monastery of Rinchen Paldri in the Kathmandu Valley, Nepal. Other distinguishing accomplishments of Rinpoches, like the building of a nunnery in Bodgarbu, one can read about in his biography ‘The Luminous Lamp’.